I am honored that TWS chose my photo of Craig Kelly (RIP) for their “Celebrating 25 years” issue which hits the shelves pretty soon. The photo was taken in Truckee, California about a week after a freak snowstorm on Halloween in 1989. Burton had a team house where Jimi Scott and others had built a small quarterpipe in the backyard. After about 3 attempts with a 20mm lens, I got the shot of Craig that I wanted. 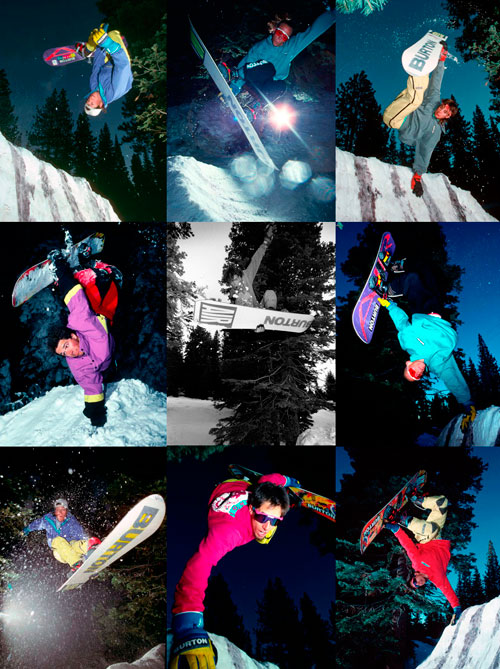